On, now, to the recent past!  In the summer of 2014, my friend Christine (a four-time Jeopardy! champion) mentioned that a pub trivia night was starting up at a recently opened bar and grill conveniently located between our houses.  We live about five miles apart, which in the San Fernando Valley is practically next door.  One night we gave it a whirl, with her husband, Len, and my husband, Matt, meeting for dinner and staying to play.

There were only a few teams playing that night, and we won handily.  We started going pretty regularly, most often with Lisa, a five-time Jeopardy! champion, and Gillian, a college friend through whom we met Lisa, Chris, and Len, but sometimes adding more folks: another college friend, Bret, and his wife, Maria; sometimes our daughter, 14 at the time; sometimes she’d also bring a friend.  If we were going to be more than six (which is typically the limit on team size), we’d try to get at least eight or nine so that we could field two competitive teams.  We didn’t win all the time, but we usually placed in the top three, and the prize was usually a gift certificate for the next time, so we’d keep going back to the same place.

If you’ve never played pub trivia, the way it usually works is that the venue sponsors some outside company to come in and run the game.  Teams play for free; it’s the revenue on their food and drink that pays for the entertainment.  In many cities, including here in LA, companies like King Trivia and Geeks Who Drink run games at multiple venues almost every night of the week (with few or no games on Friday and Saturday because that’s when the venues don’t need the help).  This article has other suggestions, and there’s also the independent and very long-running pub quiz at O’Brien’s in Santa Monica, which is famously challenging, written by longtime participants, and full of Jeopardy! players.

The specifics vary, but in general all pub quizzes share a few characteristics:

I wrote a multiple-round trivia game once when Len was recovering from surgery and couldn’t get out to trivia.  It took about eight hours to put together an even halfway decent game and gave me a great appreciation for the people who write them on a regular basis.  I was proud, though, of the picture round, which was “Statues in Southern California.”  I included the scary Lucille Ball statue in Palm Springs (which isn’t as bad as the one they replaced in her hometown of Celoron, New York), the Jackie Robinson one at his eponymous UCLA stadium (there wasn’t yet one at Dodger Stadium–that just happened this month!), Jack Benny, Will Rogers, Tommy Trojan, and these, which you may recognize (answers at the end of the post): 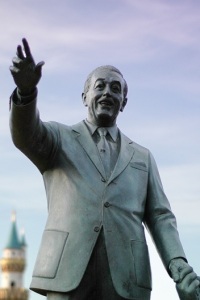 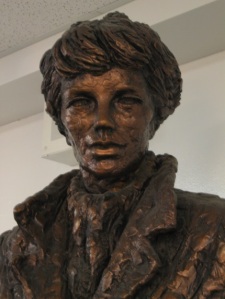 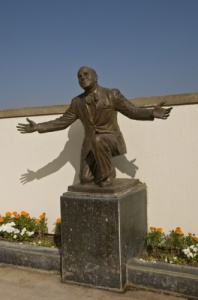 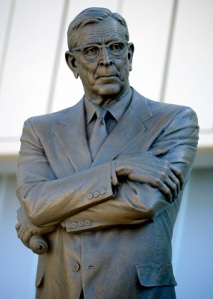 The really great thing about pub trivia, even with Jeopardy! champions like Chris and Lisa, pop-culture savants like Gillian and Len, and Shakespeare-expert Matt (on whom we also rely for sports trivia since the rest of us know almost nothing and he at least knows a lot about baseball) on your team, is that everyone generally has a chance to contribute.  There are some things that everyone knows, some things that a few people know, and some things that only one person knows, and when that person is you, it feels great!  And because the nature of trivia is that everyone knows some things that most other people don’t know, everyone gets to be that person, whether it’s because they were obsessed with rocks as a kid or loved the movie Blade Runner as a teenager or lived through the Watergate hearings or are in high school right now and therefore can name even one person who could legitimately be called a “YouTube star.”  Whatever particulars of time, interest and chance gave you the specific bits of knowledge that you have, in a well-written trivia game you will probably get to use some of them.